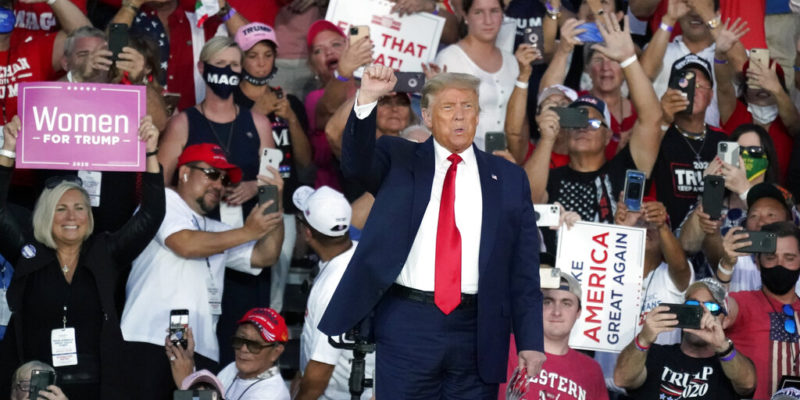 (AP) — President Donald Trump has returned to the campaign trail, holding his first rally since he contracted the coronavirus.
Trump took the stage Monday in Sanford, Florida, and declared he was in good health, saying he felt “powerful” and he felt well enough — and contagion-free enough — to dive into the crowd “to kiss the guys and the beautiful women.”
The president was sidelined from the campaign trail for more than ten days after he tested positive for the virus on October 2. Questions about his health persist, but his doctor said Monday that the president had tested negative twice for the virus and was cleared to travel.
The rally in Florida, a must-win state for Trump, kicks off an aggressive week of travel for the president, which also includes stops in Pennsylvania, Iowa and North Carolina.

Cameron County Schools To Serve As Polls In November