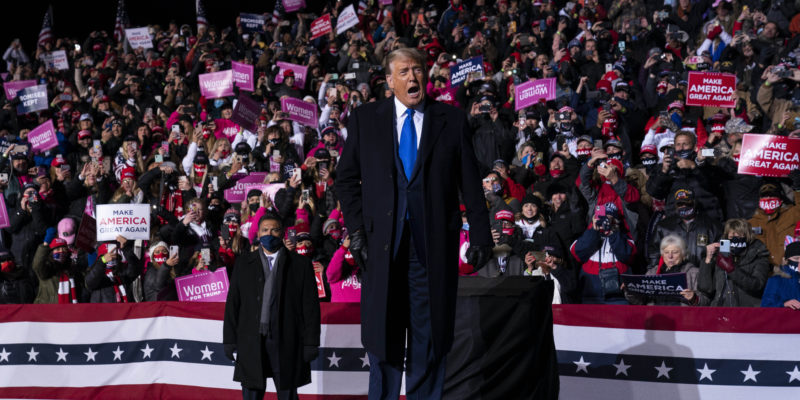 (AP) – President Donald Trump is heading west. He’s campaigning for Nevada voters, but from just across the river in Arizona. That’s after his campaign ran into trouble for violating crowd restrictions the last time he held a Nevada rally.

Trump narrowly lost Nevada in 2016 and is looking to deny Democratic challenger Joe Biden, whose campaign has for months eyed once reliably red Arizona as a prime candidate to flip to blue.

Democratic vice presidential nominee Kamala Harris will campaign in Arizona a day after making multiple Nevada stops. Both campaigns are trying to project that they are on offense and have the momentum with Election Day looming next week.