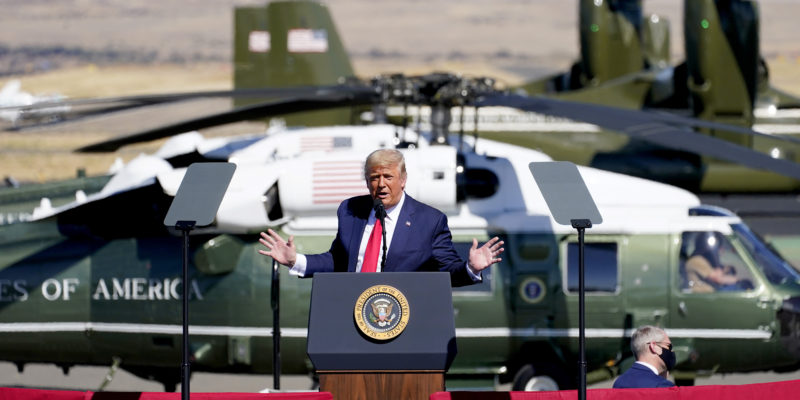 President Trump is at his second campaign stop in Arizona, a battleground state where he’s trailing Joe Biden.

Despite the uptick in coronavirus cases there, he told a crowd in Prescott “If you have it, you have it, you get better.” He also acknowledged Kayla Mueller’s parents in the crowd. He said his military strike last year on a terrorist leader was in honor of Mueller, who was kidnapped and killed in Syria in 2015.