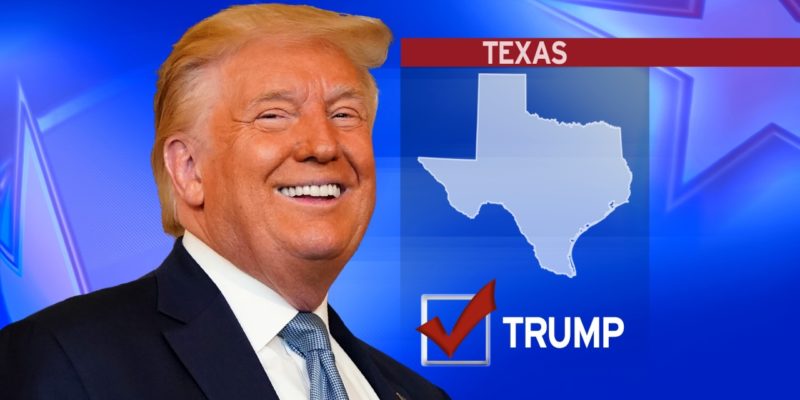 (AP) – President Donald Trump has won Texas by the thinnest margin of any Republican in decades. Trump was headed Tuesday toward a single-digit victory over Democrat Joe Biden as historic turnout and suburban revolt around Texas’ booming big cities gave Republicans a rare sweat in America’s biggest red state.

Trump won Texas by 9 points in 2016 and all but took a win here for granted. He didn’t swing through Texas for campaign rallies or swamp television airwaves, and his conservative allies on the ground scoffed at Biden’s chances as a far reach.