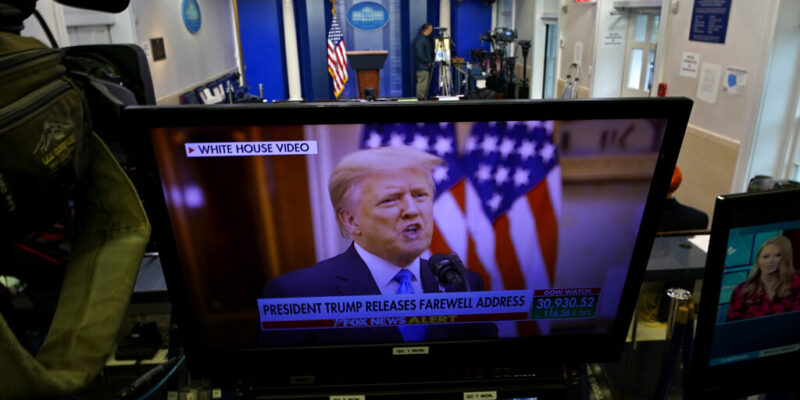 President Trump is seen on a network monitor after his pre-recorded farewell speech was released, inside the Brady Press Briefing Room at the White House, Tuesday, Jan. 19, 2021, in Washington. (AP Photo/Gerald Herbert)

(AP) — President Donald Trump is offering rare, kind words to his successor in a farewell video as he spends his final full day in office preparing to issue a flurry of pardons in a near-deserted White House, surrounded by an extraordinary security presence outside.

Trump says in the video released Tuesday that, “This week we inaugurate a new administration and pray for its success in keeping America safe and prosperous.” He says: “We extend our best wishes. And we also want them to have luck. A very important word.” Trump in the video referenced the “next administration,” but did not utter Biden’s name.