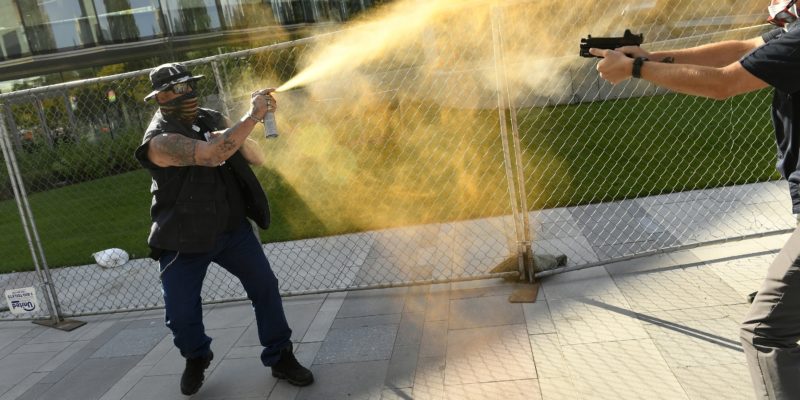 (AP) — A lawyer representing a television station security guard who shot and killed a demonstrator following opposing right- and left-leaning rallies says there was “obvious evidence of self-defense.” The public defender also asked a judge during a brief court hearing Wednesday to consider lowering Matthew Dolloff’s $500,000 bond so he could have a chance of being released from jail. Dolloff has been charged with second-degree murder. Photos of the Oct. 10 shooting show Dolloff pointing his gun at Lee Keltner as he fires what police say was pepper spray at the security guard before Keltner falls to the ground.

Man Accused Of Threatening Biden, Harris In Note To Neighbor