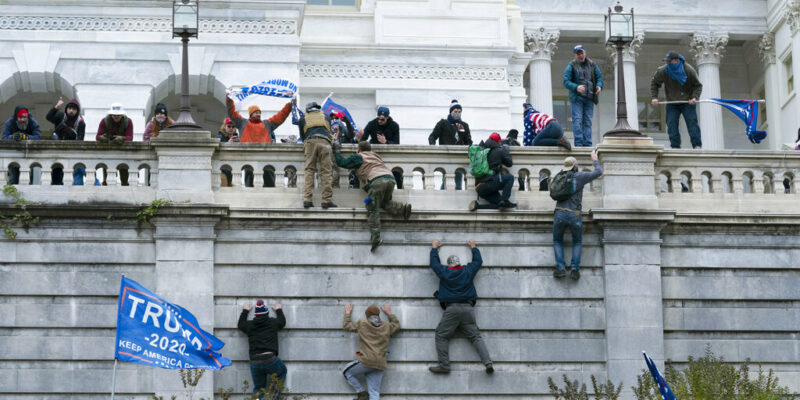 Supporters of President Donald Trump climb the west wall of the the U.S. Capitol on Wednesday, Jan. 6, 2021, in Washington. (AP Photo/Jose Luis Magana)

Twitter initially suspended Trump’s account for 12 hours after he posted a video that repeated false claims about election fraud and praised the rioters who stormed the Capitol.

Twitter’s move deprives Trump of a potent tool he has used to communicate directly with the American people for more than a decade. Twitter posted a lengthy explanation of its reasons for permanently suspending Trump’s account on its blog.