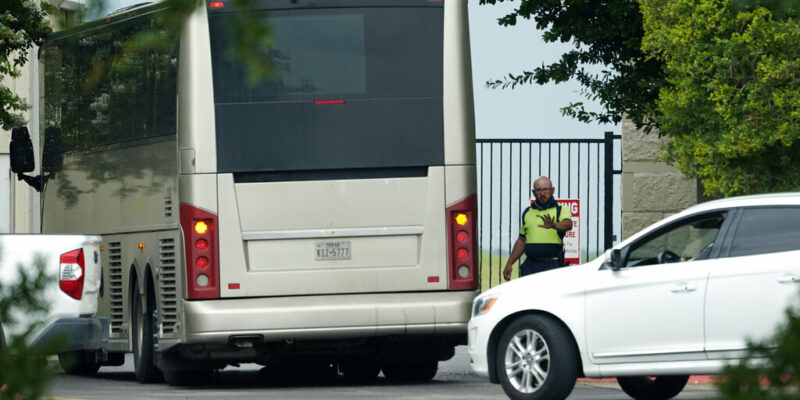 A bus with Democrats from the Texas Legislature arrive to board a private plane headed for Washington, D.C., Monday, July 12, 2021, in Austin, Texas. By leaving, Democrats again deny the GOP majority a quorum to pass bills, barely a month after their walkout thwarted the first push for sweeping new voting restrictions in Texas. (AP Photo/Eric Gay)

The Texas House will be sending law enforcement after the Democrats who broke quorum. State representatives voted Tuesday morning in favor of the plan which involves having the Sergeant-at-Arms try to get all missing members back, even if it’s through arrest warrant.

Texas law enforcement does not have jurisdiction in Washington, DC where 51 Democrats are staying. The state representatives could be arrested if they return to Texas.

Democrats are trying to prevent votes on an election bill they say will make it harder for minorities and the disabled to vote. Republicans say it’s necessary to prevent election fraud. A similar walkout and arrest order happened in 2003 over redistricting.