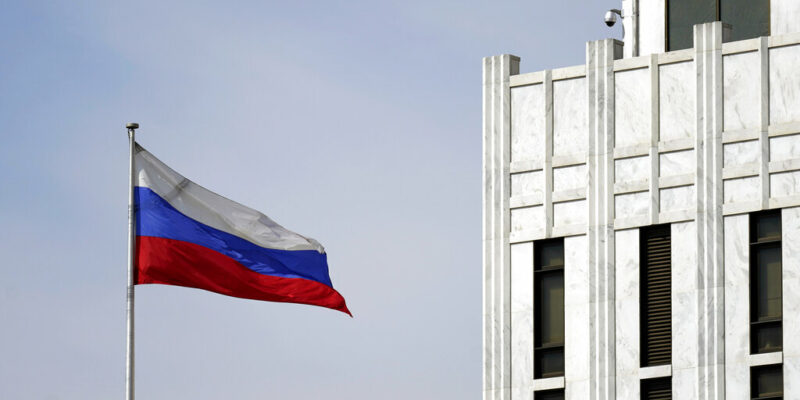 The Russian flag flies on the grounds of the Embassy of the Russian Federation in Washington, Thursday, April 15, 2021. The Biden administration has rolled out a sweeping set of sanctions on Russia over its election interference, hacking efforts and other malign activity. (AP Photo/Carolyn Kaster)

The U.S. is imposing sanctions on Russia for cyber hacks and attempted interference in November’s presidential election. The sanctions also cover reports of bounties on the heads of American soldiers in Afghanistan.

The U.S. is also expelling ten Russian officials. Secretary of State Antony Blinken released a statement and accused Russia of continuing “malign activities.” He singled out Russian intelligence services for criticism and said Moscow will be held accountable for its “reckless actions.”