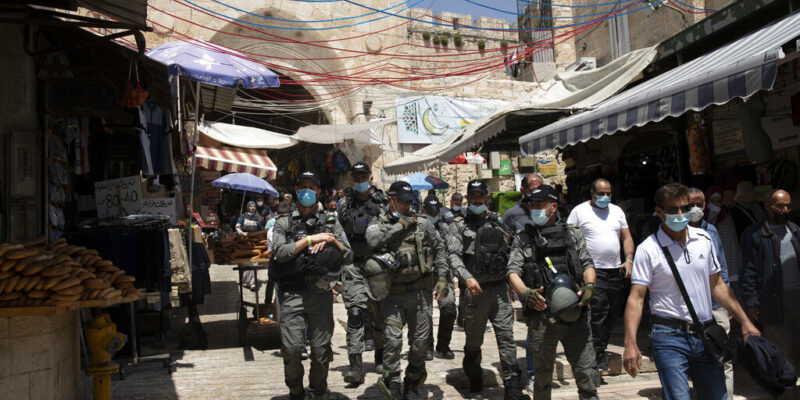 Israeli Border Police patrol the Old City of Jerusalem as worshippers arrive for Friday prayers during the Muslim holy month of Ramadan, on Friday, April 23, 2021. Israeli police say 44 people were arrested and 20 officers were wounded in a night of chaos in Jerusalem, where security forces separately clashed with Palestinians angry about Ramadan restrictions and Jewish extremists who held an anti-Arab march nearby. (AP Photo/Maya Alleruzzo)

(AP) — The United Arab Emirates has slammed Israeli “right-wing extremists” for acts of violence in Jerusalem and warned against moves that could threaten peace. It’s a rare rebuke of Israel by the UAE. The violence had escalated to cross-border fighting between Israel and Gaza’s Islamic militant Hamas rulers. The Emirati foreign ministry on Monday called on Israel to put an end to the aggression and warned that changes to the contested city’s historical identity threaten peace. The UAE has welcomed tens of thousands of Israeli tourists and signed a slew of deals to strengthen bilateral ties since the U.S. brokered a diplomatic normalization between the two countries last year.