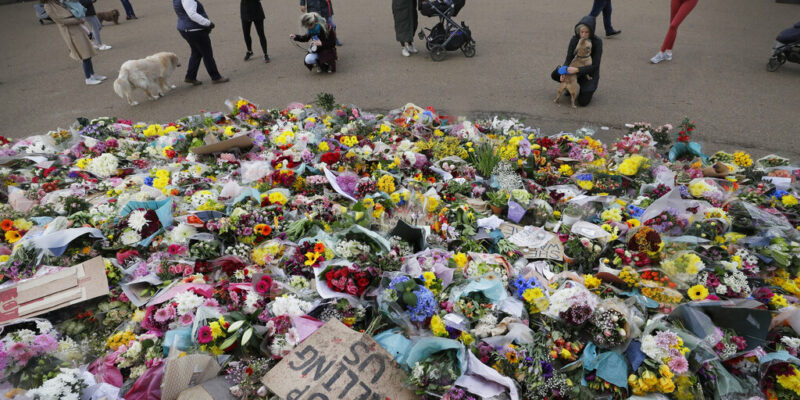 Floral tributes and candles placed at the bandstand on Clapham Common, London, Monday March 15, 2021. On Saturday hundreds of people disregarded a judge's ruling and police requests by gathering at Clapham Common in honor of Sarah Everard. Everard disappeared while walking home from a friend's apartment and was found dead a week later. The slaying sent shockwaves across the U.K. because a Metropolitan Police officer is charged with her kidnapping and murder. (AP Photo/Kirsty Wigglesworth)

(AP) — The British government plans to increase funding for street lighting and closed-circuit TV as part of a package of measures to help protect women and girls. The plans came after the murder of a young woman who was abducted on the streets of London sparked a national outcry. Prime Minister Boris Johnson says the government will more than double funding for neighborhood safety measures to 45 million pounds ($62 million). The government also plans to expand a pilot project that puts plainclothes police officers at bars and night clubs. Serving police officer Wayne Couzens has been charged with the kidnap and murder of 33-year-old Sarah Everard. Couzens appeared Tuesday at a hearing by video link. A plea hearing is planned Jul. 9.

China Approves A Another COVID-19 Vaccine For Emergency Use