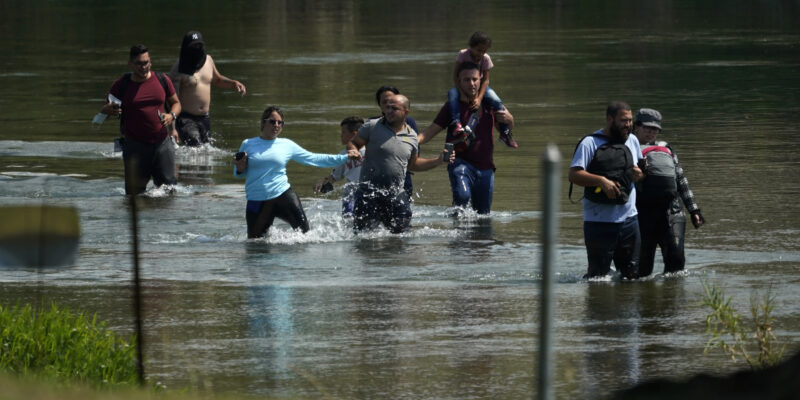 (AP) — Record numbers of Venezuelans are crossing the U.S.-Mexico border as overall migration swells. Unlike the farmers and low-wage workers who come from Mexico or Central America, the Venezuelans include bankers, doctors and engineers. They’re fleeing turmoil in the country with the world’s largest oil reserves and pandemic-induced pain across South America. The increased number of Venezuelan migrants is a harbinger of a new type of migration that has caught the Biden administration off guard: pandemic refugees. Many had been living for years in other South American countries to escape economic devastation in Venezuela. But with the pandemic still raging in many parts of South America, they’re moving again.

US Warns That Islamic State Extremists Still A World Threat

Rescuers: Survivors Could Still Be Inside Collapsed Building