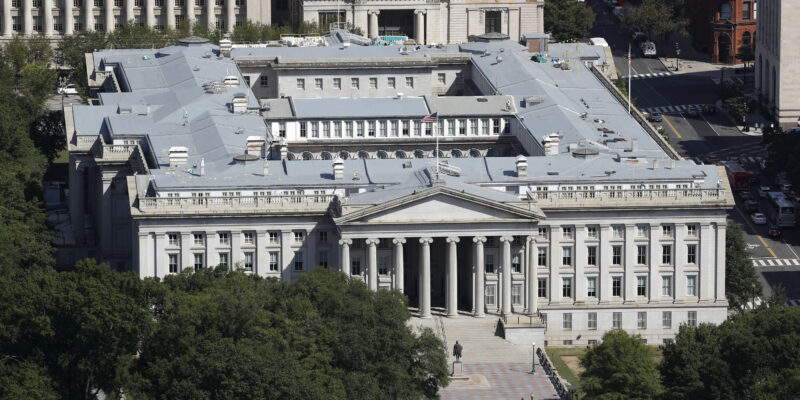 FILE - The U.S. Treasury Department building viewed from the Washington Monument, Wednesday, Sept. 18, 2019, in Washington. Hackers got into computers at the U.S. Treasury Department and possibly other federal agencies, touching off a government response involving the National Security Council. Security Council spokesperson John Ullyot said Sunday, Dec. 13, 2020 that the government is aware of reports about the hacks. (AP Photo/Patrick Semansky, file)

(AP) — U.S. government agencies were ordered to scour their networks for malware and disconnect potentially compromised servers after authorities learned that the Treasury and Commerce departments were hacked in a global cyberespionage campaign. It was discovered when the prominent cybersecurity firm FireEye learned it had been breached. FireEye would not say who it suspected. But many experts believe the operation is Russian given the careful tradecraft. FireEye says foreign governments and major corporations were also compromised. Federal agencies have long been attractive targets for foreign cyberspies. A Kremlin spokesman said Monday that Russia had “nothing to do with” the hacking.