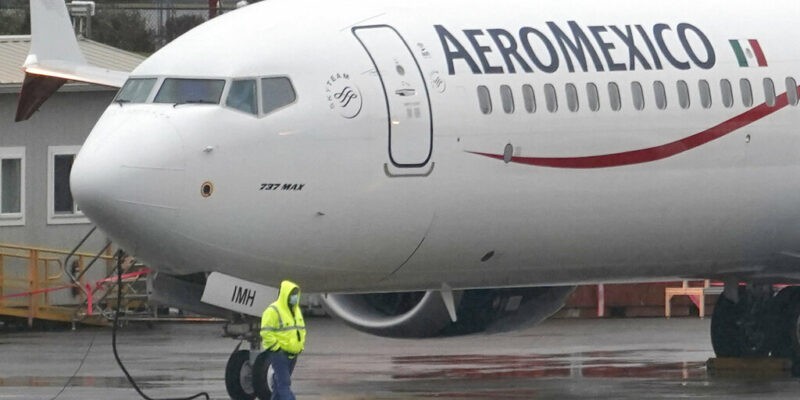 FILE - In this Nov. 18, 2020 file photo, a worker wearing a mask walks past a Boeing 737 Max 9 built for Aeromexico as it is prepared for a flight from Renton Municipal Airport, in Renton, Wash. U.S. regulators have downgraded Mexico's aviation safety rating, Tuesday, May 25, 2021, a move that prevents Mexican airlines from expanding flights to the United States just as travel is recovering from the pandemic. (AP Photo/Ted S. Warren, File)

The United States is downgrading Mexico’s aviation-safety rating. The Federal Aviation Administration announced the decision on Tuesday, saying Mexico does not meet standards set by a United Nations aviation group.

The move doesn’t block current flights, but it prevents Mexican airlines from adding new flights to the United States. The timing of the move is bad for Mexico — airline travel is picking up speed as it recovers from the pandemic. The FAA says it will increase scrutiny of Mexican flights to the U.S.