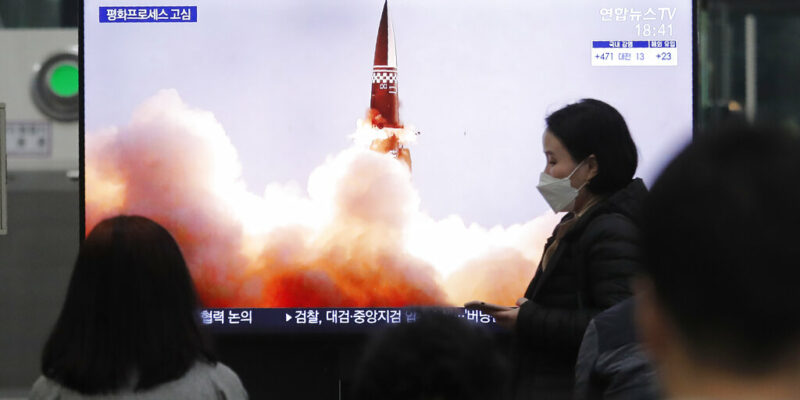 People watch a TV showing an image of North Korea's new guided missile during a news program at the Suseo Railway Station in Seoul, South Korea, Friday. March 26, 2021. In resuming its ballistic testing activity after a yearlong pause, North Korea has demonstrated a potentially nuclear-capable weapon that shows how it continues to expand its military capabilities amid a stalemate in diplomacy with the United States. (AP Photo/Ahn Young-joon)

U.S. Ambassador to the United Nations Linda Thomas-Greenfield wasn’t specific about what those actions might entail. But she noted that the U.N. sanctions committee met last week and would likely do so again soon. The U.N. Security Council is expected to hold closed-door discussions on North Korea on Tuesday.

On Monday, North Korea accused the UN of a “double standard” over its reaction to the launches, warning of serious consequences.