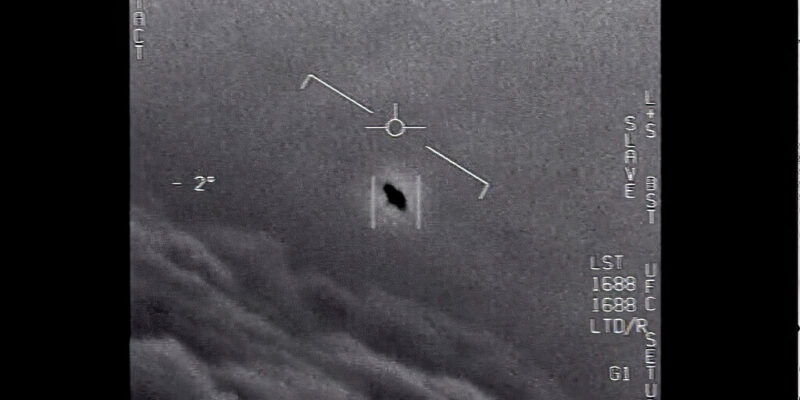 The image from video provided by the Department of Defense labelled Gimbal, from 2015, an unexplained object is seen at center as it is tracked as it soars high along the clouds, traveling against the wind. “There's a whole fleet of them,” one naval aviator tells another, though only one indistinct object is shown. “It's rotating." The U.S. government has been taking a hard look at unidentified flying objects, under orders from Congress, and a report summarizing what officials know is expected to come out in June 2021. (Department of Defense via AP)

(AP) — Whatever or whoever they are, they’re still out there. But a new U.S. government report fails to give a definitive explanation of UFOs spotted by military pilots. It finds no evidence they are linked to aliens — but doesn’t deny the possibility either.

The report due to Congress later this month examines unexplained sightings from recent years that in some cases have been captured on video of pilots exclaiming about objects flying in front of them.

Two people briefed on the report say it does not rule out that what pilots have seen may be new technologies developed by other countries.