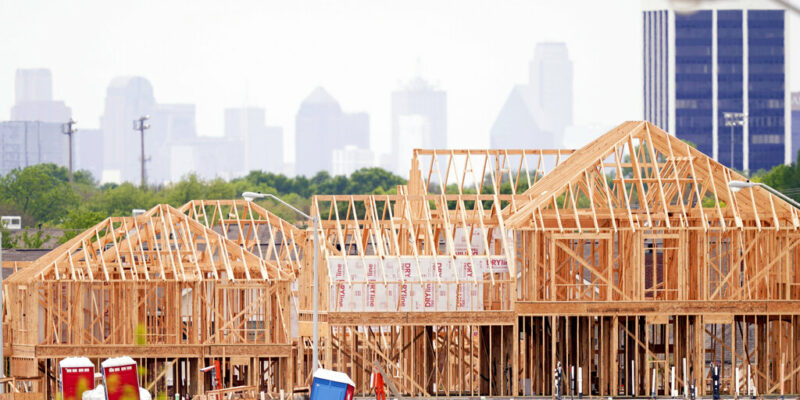 The frame of new home under construction sits in a neighborhood under development in north Dallas, Thursday, April 15, 2021. The first numbers from the 2020 census show southern and western states gaining congressional seats. The once-a-decade head count shows where the population grew during the past 10 years and where it shrank. (AP Photo/LM Otero)

(AP) — The first numbers from the 2020 census are out and show that America’s population growth has declined to its slowest rate since the Great Depression — a total now of just under 331.5 million. At the same time, the nation’s political center of gravity has kept shifting farther to the Republican-led South and West. Texas, Florida and other Sunbelt states are gaining congressional seats as chillier climes like New York and Ohio lose them. One historic Western exception: California is losing a seat for the first time. That’s a result of slowed migration to the nation’s most populous state, which was once a symbol of the country’s expansive frontier.