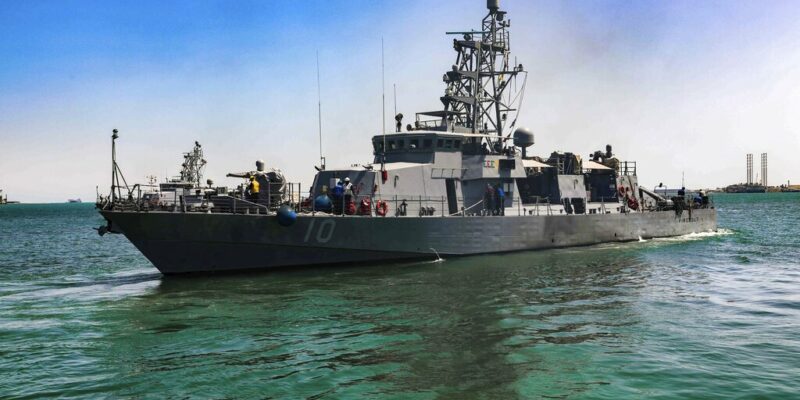 (AP) — An American warship fired warning shots when vessels of Iran’s paramilitary Revolutionary Guard came too close to a patrol in the Persian Gulf. That’s according to the U.S. Navy, which Wednesday released black-and-white footage of the encounter Monday night in international waters of the northern reaches of the Persian Gulf.

The Navy says the USS Firebolt fired the warning shots after three fast-attack Guard vessels came within 62 meters of it and the U.S. Coast Guard patrol boat USCGC Baranoff.

Iran did not immediately acknowledge the incident. It was the second time the Navy accused the Guard of operating in an “unsafe and unprofessional” manner this month alone after tense encounters had dropped in recent years.