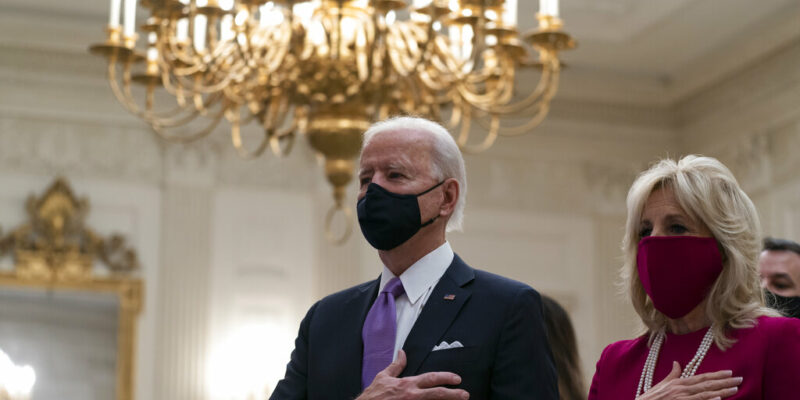 President Joe Biden, accompanied by first lady Jill Biden, places his hand over his heart during a performance of the national anthem, during a virtual Presidential Inaugural Prayer Service in the State Dinning Room of the White House, Thursday, Jan. 21, 2021, in Washington. (AP Photo/Alex Brandon)

(AP) — A U.S. official says President Joe Biden is proposing to Russia a 5-year extension of a nuclear arms treaty that is otherwise set to expire in February.

The official spoke on condition of anonymity to discuss a proposal that had not yet been made public. Russia has said for some time that it would welcome an extension of the New START treaty, which limits the number of U.S. and Russian strategic nuclear weapons.

The Trump administration made a late bid to extend the treaty but under conditions rejected by Russia.