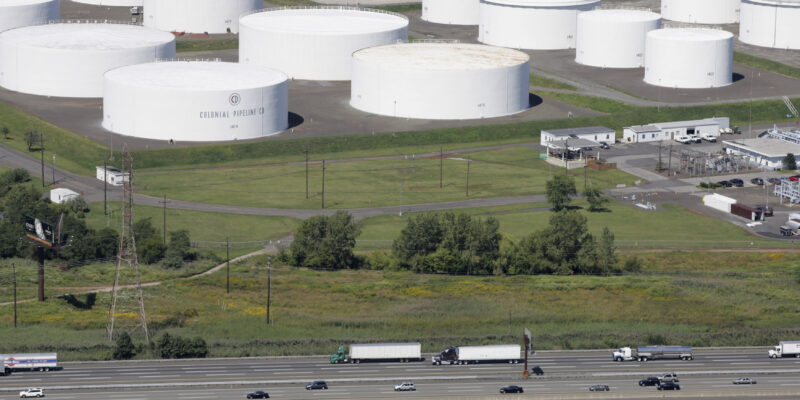 FILE - In this Sept. 8, 2008 file photo traffic on I-95 passes oil storage tanks owned by the Colonial Pipeline Company in Linden, N.J. A major pipeline that transports fuels along the East Coast says it had to stop operations because it was the victim of a cyberattack. Colonial Pipeline said in a statement late Friday that it “took certain systems offline to contain the threat, which has temporarily halted all pipeline operations, and affected some of our IT systems.” (AP Photo/Mark Lennihan, File)

(AP) — A U.S. energy company says a cyberattack forced it to temporarily halt all operations on a major pipeline that delivers roughly 45% of all fuel consumed on the East Coast. Colonial Pipeline said the attack took place Friday and also affected some of its information technology systems. The company transports gasoline, diesel, jet fuel and home heating oil from refineries primarily located on the Gulf Coast through pipelines running from Texas to New Jersey. The company says it has hired an outside cybersecurity firm to investigate the nature and scope of the attack and has also contacted law enforcement and federal agencies.

EXPLAINER: Did US Hiring Slow Because Of A ‘Labor Shortage’?

States Scale Back Vaccine Orders As Interest In Shots Wanes