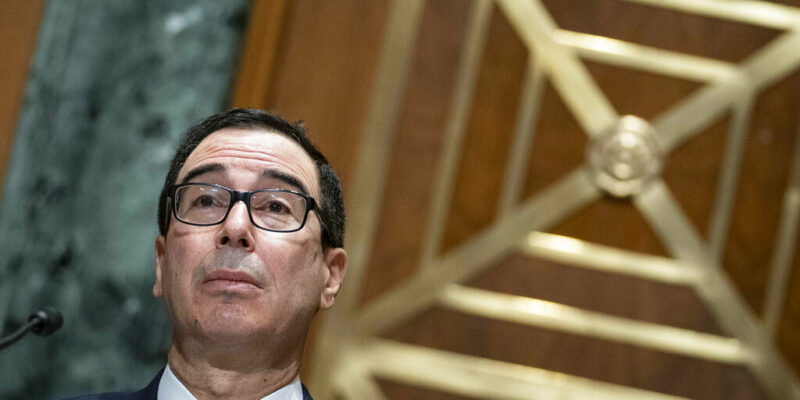 FILE - In this Dec. 10, 2020 file photo, Treasury Secretary Steven Mnuchin testifies before a Congressional Oversight Commission hearing on Capitol Hill in Washington. Mnuchin arrived in Sudan, Wednesday, Dec. 6, 2021, the first visit by a senior American official since President Donald Trump removed the African country from the list of state sponsors of terrorism. The move was a key incentive for the government in Khartoum to normalize relations with Israel. (Sarah Silbiger/The Washington Post via AP, Pool, File)

(AP) — The U.S. and Sudan have agreed to settle the African country’s debt to the World Bank. The move comes after Treasury Secretary Steven Mnuchin arrived in Sudan, the first visit by a senior American official since President Donald trump removed Sudan from the list of state sponsors of terrorism. The development was part of an effort that gave Khartoum incentive to normalize relations with Israel. Sudan is on a fragile path to democracy after a popular uprising led the military to overthrow longtime autocrat Omar al-Bashir in April 2019. Mnuchin’s visit is part of a flurry of activity in the final days of the Trump administration.

UK Leader To Use ‘Every Second’ To Vaccinate The Vulnerable