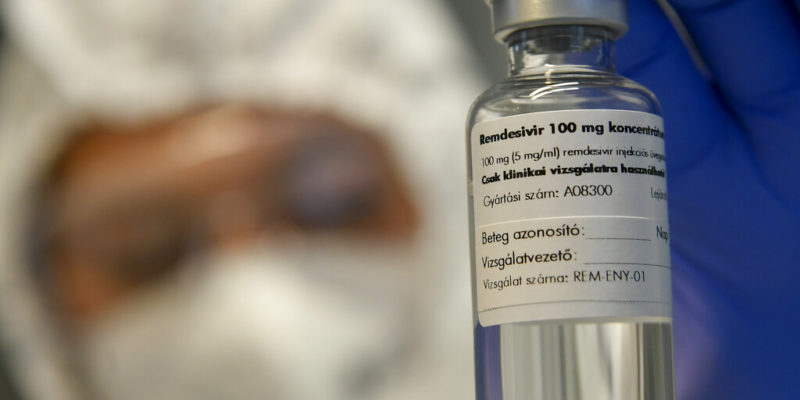 A bottle containing the drug Remdesivir is shown by a health worker at the Institute of Infectology of Kenezy Gyula Teaching Hospital of the University of Debrecen in Debrecen, Hungary, Thursday Oct. 15, 2020. The drug developed by the Budapest based Chemical Works of Gedeon Richter Plc., is administered to novel coronavirus patients in serious condition as a clinical test to stop the replication of the virus. (Zsolt Czegledi/MTI via AP)