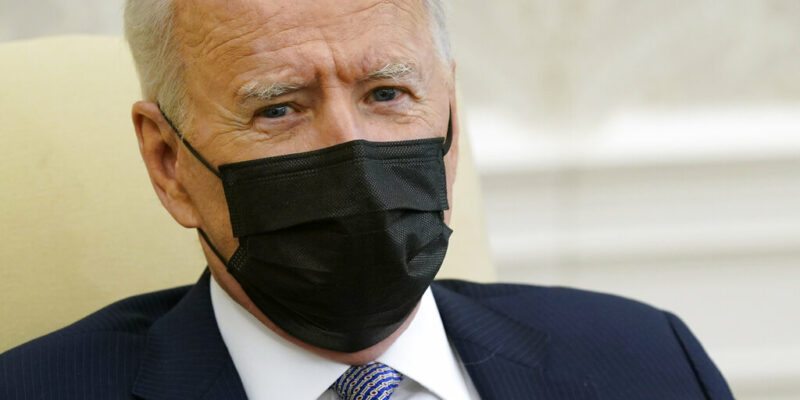 President Joe Biden speaks during a meeting with lawmakers to discuss the American Jobs Plan in the Oval Office of the White House, Monday, April 12, 2021, in Washington. (AP Photo/Patrick Semansky)

(AP) — A U.S. official says President Joe Biden has decided to leave American troops in Afghanistan beyond the May 1 deadline negotiated with the Taliban by the Trump administration.

The official says Biden has set the 20th anniversary of the Sept. 11 attacks as the new goal. Biden has been hinting for weeks that he was going to let the deadline lapse, and as the days went by it became clear that an orderly withdrawal of the remaining 2,500 troops was difficult and unlikely.

A U.S. official provided details on Biden’s decision on condition of anonymity, speaking ahead of the announcement.

Russia Says Troop Buildup Near Ukraine Is A Response To NATO