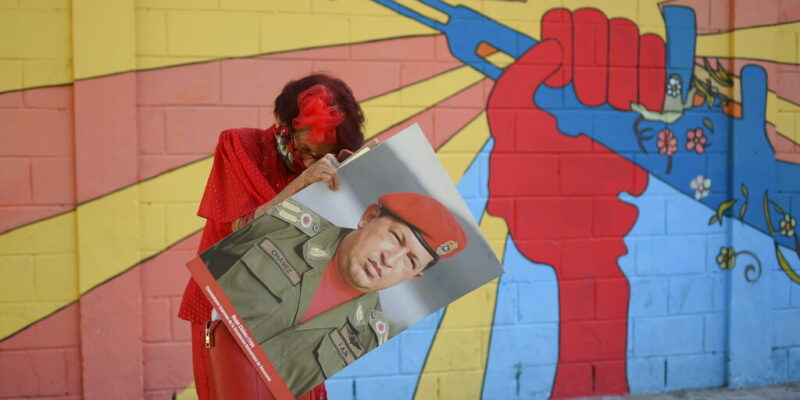 A government supporter known as "Caperucita," or Little Red Riding Hood, holds a photo of late Venezuelan President Hugo Chavez as she looks for something in her purse in Plaza Bolivar, near the National Assembly where newly elected National Assembly lawmakers will be sworn-in and hold their first session of the year in Caracas, Venezuela, Tuesday, Jan. 5, 2021. (AP Photo/Matias Delacroix)

(AP) — Nicolás Maduro was set to extend his grip on power Tuesday as the ruling socialist party prepared to assume the leadership of Venezuela’s congress.

Maduro’s allies swept legislative elections last month boycotted by the opposition and denounced as a sham by the U.S. and several other foreign governments. While the vote was marred by anemically low turnout, it nonetheless seemed to relegate into irrelevancy the U.S.-backed opposition led by lawmaker Juan Guaidó.