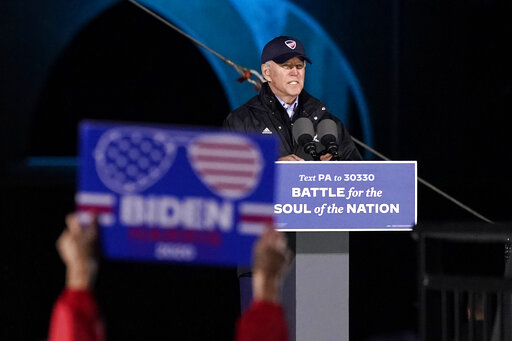 (AP)–It’s an awkward moment when a presidential candidate greets the audience at a rally and names the wrong state. Fortunately for Democratic nominee Joe Biden, that didn’t happen to him this week.

A widely shared video appears to show him saying “Hello, Minnesota” to a crowd in Florida. It turns out he was, indeed, in Minnesota, as his heavy coat would suggest.

The video that was shared had been altered to change the text on a sign and the podium to refer to Tampa, Florida, instead of Minnesota. The edited video has been viewed more than 1 million times on Twitter.