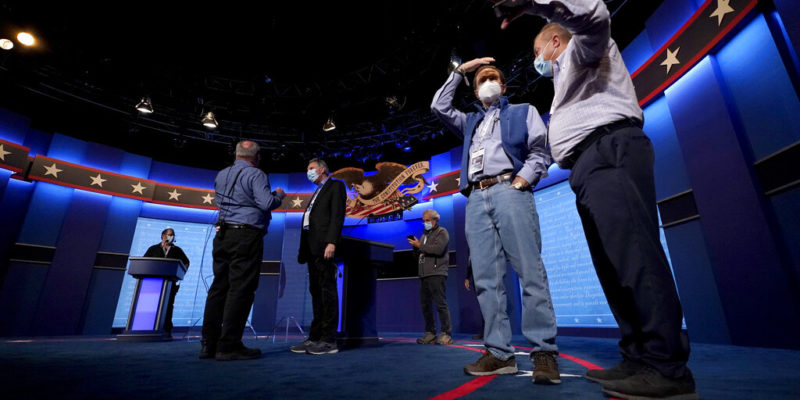 After meeting in perhaps the most cacophonous debate in modern history, President Donald Trump and his Democratic rival, Joe Biden, will take the stage Thursday to try again. The bar to improve upon their last prime-time meeting is low. Their cringeworthy first debate last month was punctuated by frequent interruptions, mostly from Trump, leaving the two men talking over each other and Biden eventually telling the president to “shut up.” A planned second debate didn’t happen after the president was diagnosed with the coronavirus. Thursday’s debate in Tennessee starts at 9 p.m. Eastern. It’s the candidates’ final face-to-face meeting, with Election Day less than two weeks away.

GOP’s Romney, Long A Trump Critic, Voted – But Not For Trump