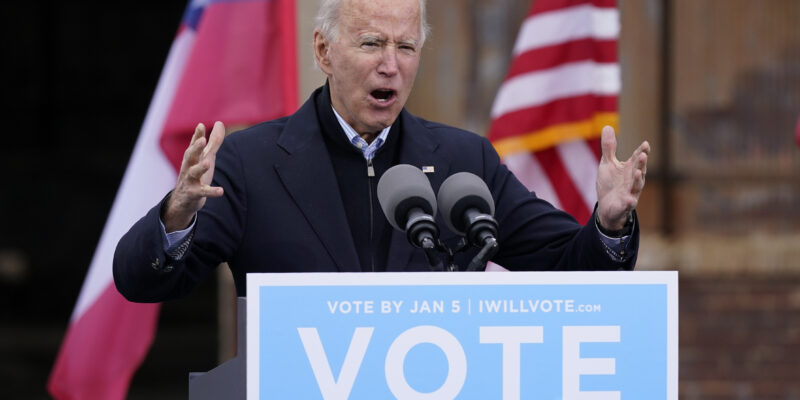 FILE - In this Tuesday, Dec. 15, 2020, file photo, President-elect Joe Biden speaks at a drive-in rally for Georgia Democratic candidates for U.S. Senate Raphael Warnock and Jon Ossoff, in Atlanta. The first full week of 2021 is shaping up to be one of the biggest of Biden’s presidency. And he hasn’t even taken office yet. (AP Photo/Patrick Semansky, File)

(AP) — The first full week of the new year is shaping up to be one of the biggest of Joe Biden’s presidency. And he hasn’t even taken office yet. Senate runoff elections in Georgia on Tuesday may shape his administration. Congress on Wednesday will be tasked with certifying the presidential election’s results amid some Republicans saying they won’t accept them because of President Donald Trump’s baseless claims of voter fraud. That same day, protesters championed by Trump have promised to flood Washington. Biden has largely shrugged off GOP promises to oppose Electoral College certification of his victory.

Fauci: Vaccinations Are Increasing In A ‘Glimmer Of Hope’