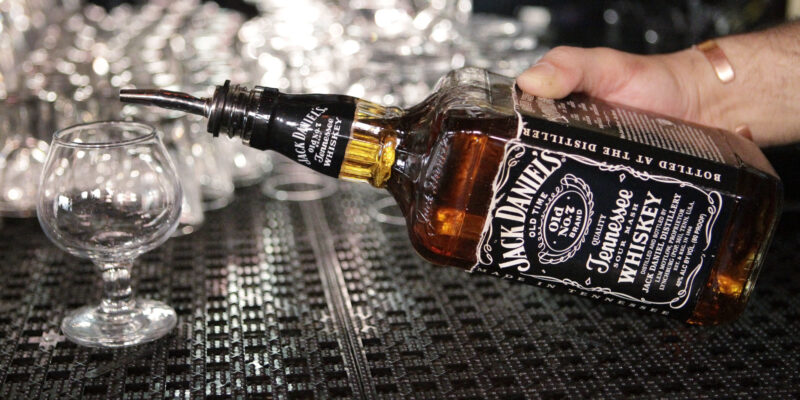 FILE - In this March 4, 2011, file photo, a bartender begins to pour a drink from a bottle of Jack Daniels at a bar in San Francisco. Bourbon, Tennessee whiskey and rye whiskey were left out of a recent breakthrough to start rebuilding trade relations between the U.S. and European Union in the wake of Donald Trump's presidency. While tariffs were suspended on some spirits, the EU's 25% tariff on American whiskey remains in place, and the rate is set to double to 50% in June in the industry's largest export market. (AP Photo/Paul Sakuma, File)

(AP) — A hangover from Trump-era tariff disputes could become more painful for American whiskey distillers unless their entanglement in the trans-Atlantic fight is resolved soon. Bourbon, Tennessee whiskey and rye whiskey were left out of recent breakthroughs to rebuild U.S trade relations with the European Union and the United Kingdom. But the EU’s and UK’s 25% tariffs on American whiskey remain and the EU’s rate is set to double in June. A spirits advocate is imploring the top U.S. trade envoy to not leave whiskey producers behind. The Distilled Spirits Council urged suspension of the European tariffs and agreements removing them.