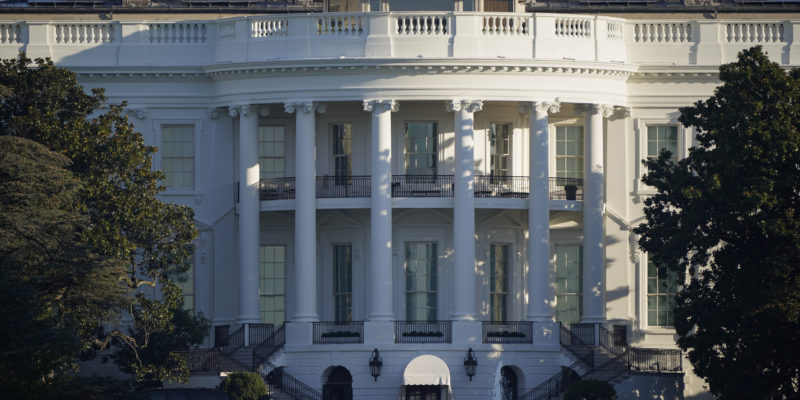 The White House is seen in Washington, early Tuesday, Oct. 6, 2020, the morning after President Donald Trump returned from the hospital where he was treated for COVID-19. (AP Photo/J. Scott Applewhite)

(AP) – The West Wing of the White House is a ghost town. Staff members are scared of exposure. And now the executive mansion is a treatment ward for not one – but two – COVID patients.

President Donald Trump’s decision to return to the White House despite his continued illness is putting the focus on the people who could be further exposed if he doesn’t abide by strict isolation protocols.

That includes custodians, ushers and members of the U.S. Secret Service who have continued to show up at work and now find themselves at even greater risk.

Trump, Biden Go At It – From A Distance – In Town Halls