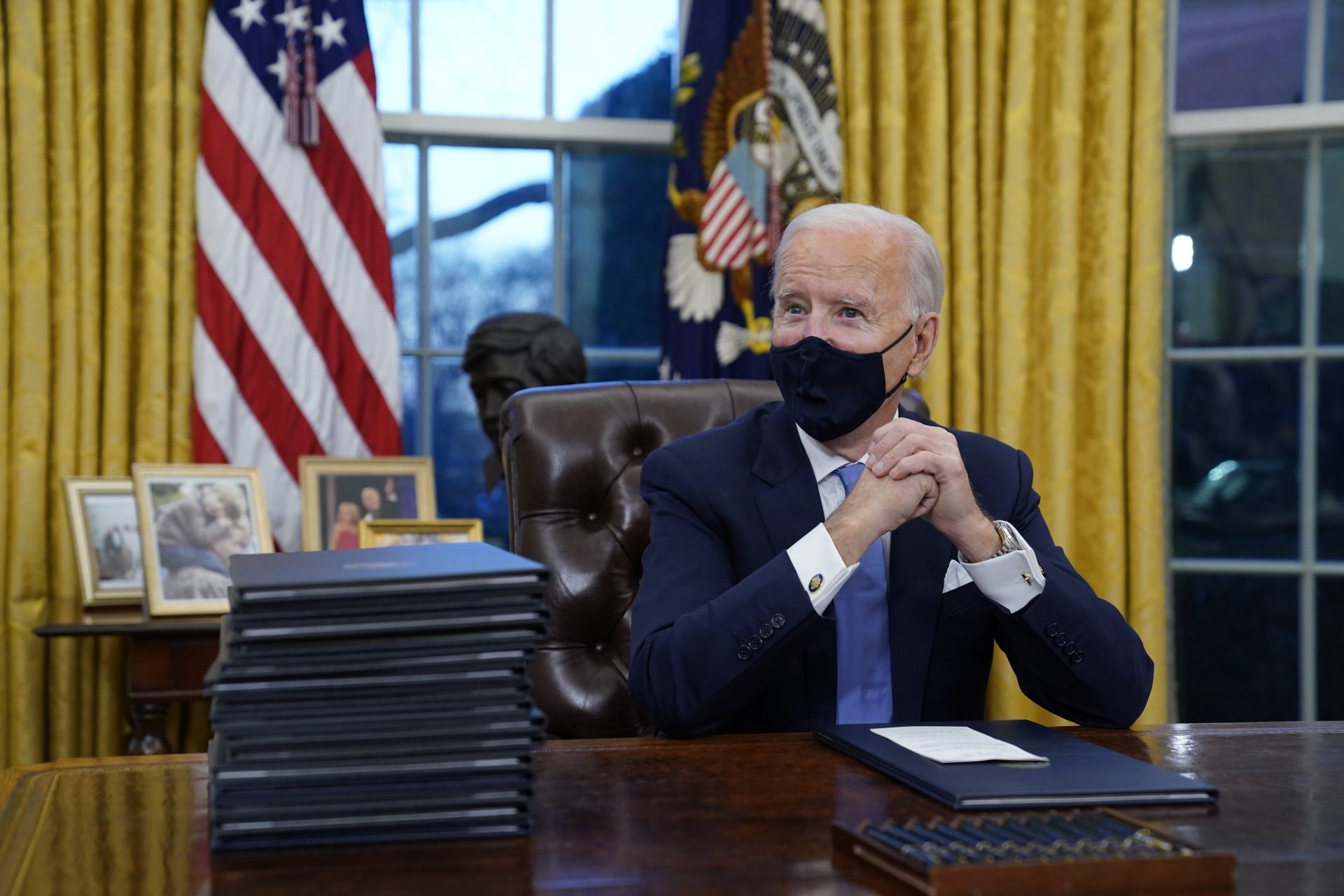 FILE - In this Jan. 20, 2021, file photo President Joe Biden waits to sign his first executive order in the Oval Office of the White House in Washington. As one of his first acts, Biden offered a sweeping immigration overhaul that would provide a path to U.S. citizenship for the estimated 11 million people who are in the United States illegally. It would also codify provisions wiping out some of President Donald Trump's signature hard-line policies, including trying to end existing, protected legal status for many immigrants brought to the U.S. as children and crackdowns on asylum rules. (AP Photo/Evan Vucci, File)

(AP) — As one of his first acts, President Joe Biden offered a sweeping immigration overhaul that would provide a pathway to U.S. citizenship for the estimated 11 million people who are in the country illegally. It’s the type of proposal that many Latino activists have longed for. But it must compete with Biden’s other marquee legislative goals, from dealing with the coronavirus pandemic to aiding the struggling economy. In the best of circumstances, enacting an immigration overhaul would be difficult. But in a narrowly divided Congress, it could be impossible. And that has some Latinos worried Biden could cut deals that weaken the finished product too much — or fail to pass anything at all.