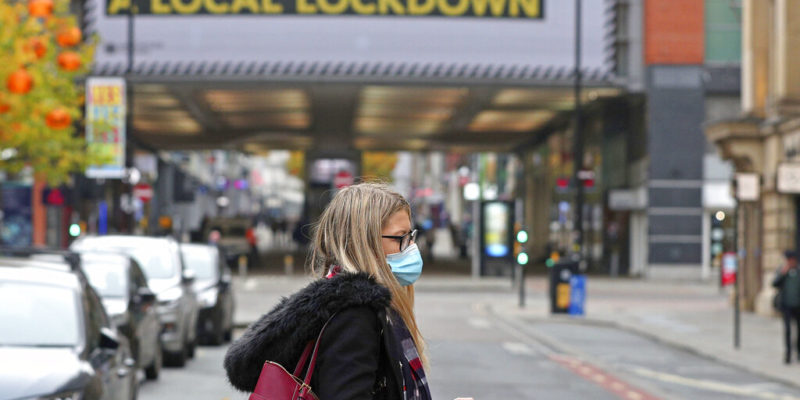 A woman wearing a face mask walks in Manchester, England, Monday, Oct. 19, 2020. Britain’s government says discussions about implementing stricter restrictions in Greater Manchester must be completed Monday because the public health threat caused by rising COVID-19 infections is serious and getting worse. (Peter Byrne/PA via AP)

(AP) — The world’s number of confirmed cases of COVID-19 has surpassed 40 million. The milestone was hit Monday according to Johns Hopkins University, which collates tallies from around the world. The actual figure is likely to be far higher, as testing has been variable, many people have had no symptoms and some governments have concealed the true number of cases. The U.S., Brazil and India are reporting by far the highest numbers of cases, although the increase in recent weeks has been driven by a surge of new infections in Europe. Last week, the World Health Organization said Europe had a reported a record high of nearly 700,000 new cases and that the region was responsible for about a third of cases globally.