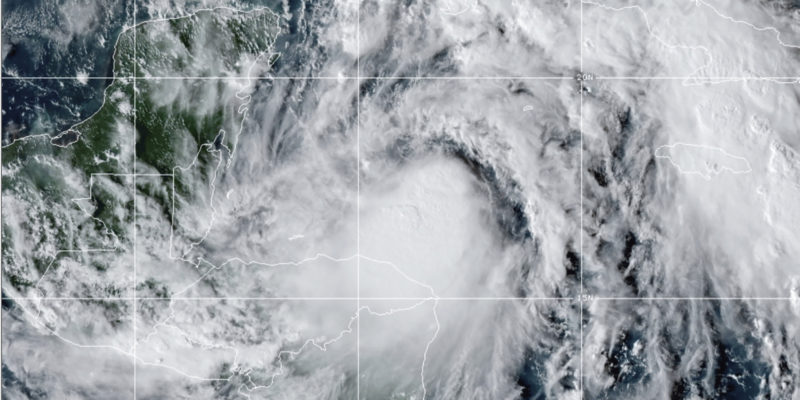 (AP) — A strengthening Tropical Storm Zeta is expected to become a hurricane Monday as it heads toward the eastern end of Mexico’s resort-dotted Yucatan Peninsula and then likely move on for a possible landfall on the central U.S. Gulf Coast at midweek. Zeta on Sunday became the earliest ever 27th named storm of the Atlantic season. Monday morning, it was centered about 175 miles southeast of Cozumel island. It had maximum sustained winds of 70 mph. The storm is expected to move over the Yucatan Peninsula late Monday. It will then head into the Gulf of Mexico and approach the U.S. Gulf Coast by Wednesday, though it could weaken by then.

Halloween Goes On At The White House With A Few Twists